Basic structure of the mouth

If you are a serious student of portraiture drawing, it is a good idea to study the separate  anatomical parts of the face as pieces of a puzzle. For this particular tutorial, let’s take a look at basic structure of the mouth and how they inform our drawing.

The mouth is not flat, but protrudes slightly from the face. There are some natural shadows that will occur with the contours and shapes that make up the lips. The upper lip will generally be darker than the lower lip because it angles slightly inward (see illustration below). You’ll also typically need some shading right below the lower lip before you get to the chin. 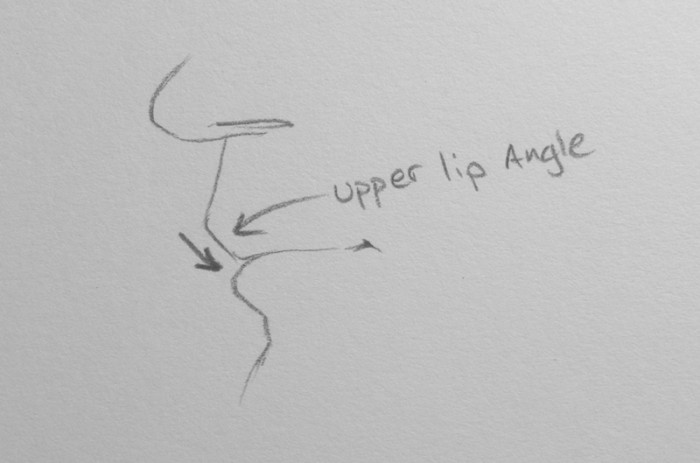 Difference in men’s mouths and women’s

There a few key differences to keep in mind when drawing male mouth’s as compared to females:

Of course any of these so-called “rules” can the broken if we’re trying to render a strict representation of a photo and we’re following the rules of light, perspective, color and value in our artwork.

Ready to jump into an actual drawing? Let’s do it! 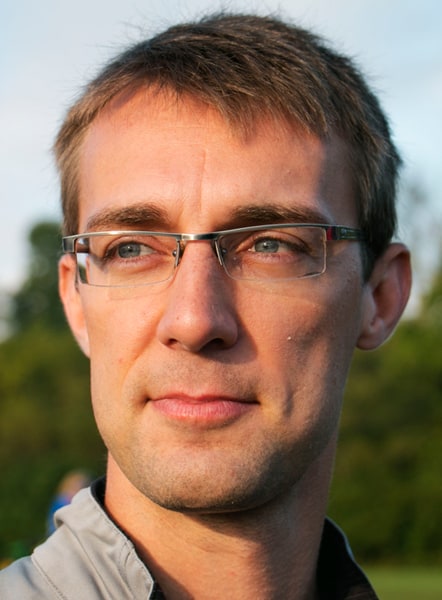 I took this photo of a man’s face in the early morning, and he’s looking toward the sunrise. The light source is mostly horizontal, as is evidenced by the shadows.  I’ll start with a complete line drawing of the full piece rather than just honing in on the mouth. This is important so that the proportions are exactly how I want them before I ever lay down any color.

Once I have my full line drawing completed, then I’m ready to focus in on the mouth.  I start by shading of the lips and the skin around the mouth. I first use Crimson Aubergine for the separation line in the lips and to shade the corner recesses of the mouth, and the bottom part of the lower lip.  Next I add Anthraquinoid Pink as another layer, paying close attention to the curvature of the lips. 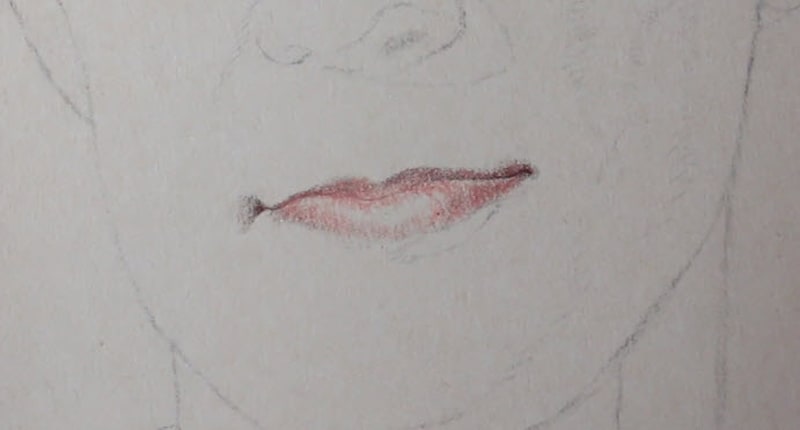 I then add a shadow to the lower lip and a layer of Burnt Ochre to the skin around the lips.

In order for the shading to look more realistic, I add white back to the middle portion of the lower lip for a highlight. 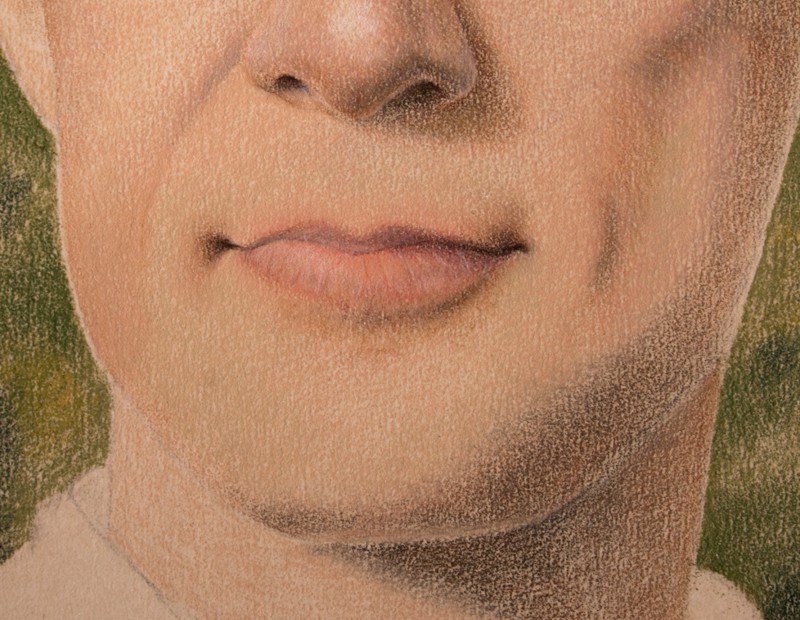 There you have it: four simple steps for drawing a mouth in colored pencil. It may seem tedious to focus so closely on one part of the face, but it will ultimately improve your drawing skills and give your portraits more life.

For more tips and techniques in colored pencil, Check out John’s website at http://sharpenedartist.com/